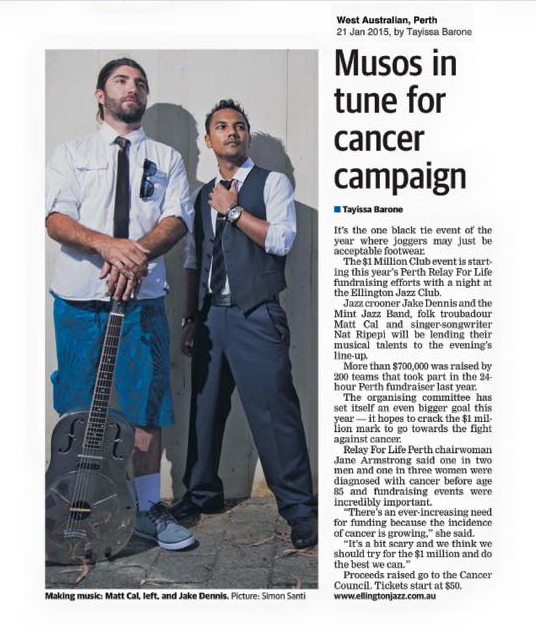 One week after resigning from work at UWA, I was already in two newspapers for my work as an entertainer – The West Australian (for a Cancer Council Relay for Life fundraiser show) and The Manjimup-Bridgetown Times (for a feature at Jazz in the Jarrah, supporting the Royal Flying Doctors Service and Lions Club charities). 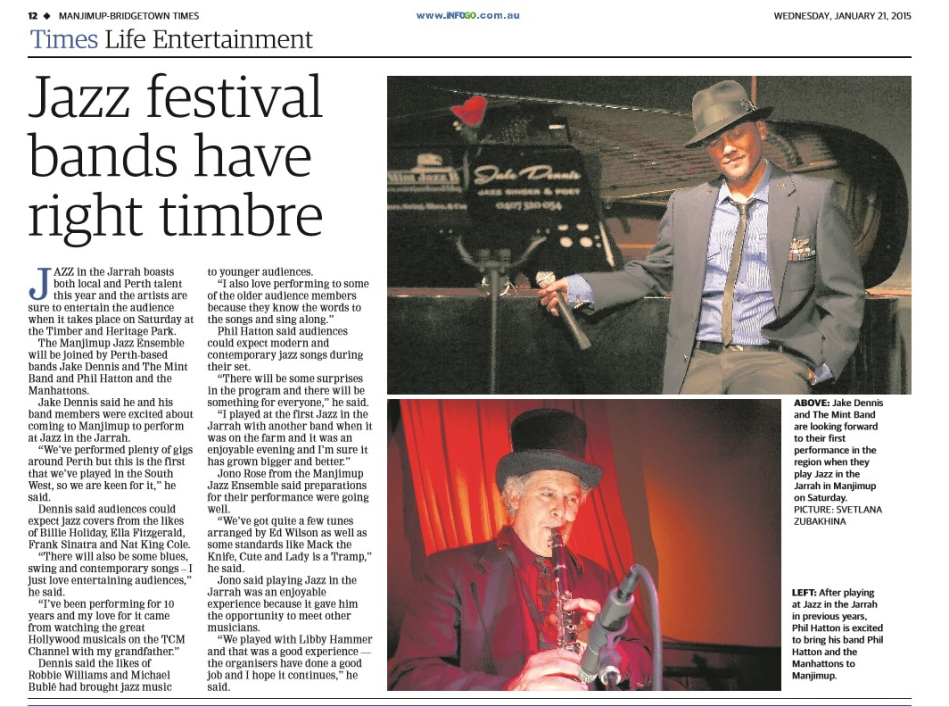 I also secured a booking for my first show at Rigby’s Bar and Bistro in St George’s Terrace to perform my third original cabaret show: “Gatsby’s Cabaret” which is inspired by F. Scott Fitzgerald’s novel and the film starring Leonardo DiCaprio. A few weeks later, I was in the local papers again (Western Suburbs Weekly, twice, and once in The Post) and my first Fringe World show (a reprisal of my first cabaret show Come Fly With Me) sold out at the Ellington Jazz Club. To say I have no regrets for giving up well-paid fulltime employment at a highly respected institution is an understatement. I feel happier, stress-free, and more fulfilled than I have been in a long time. 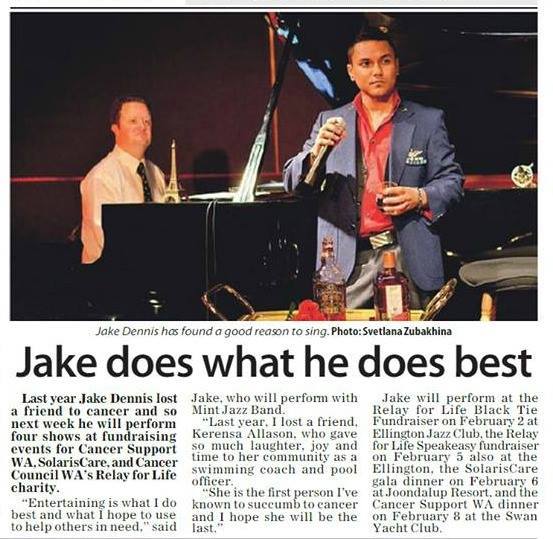 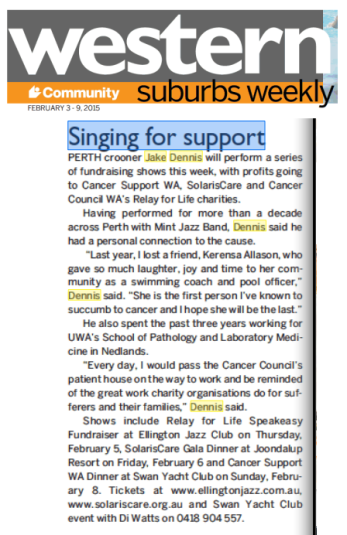 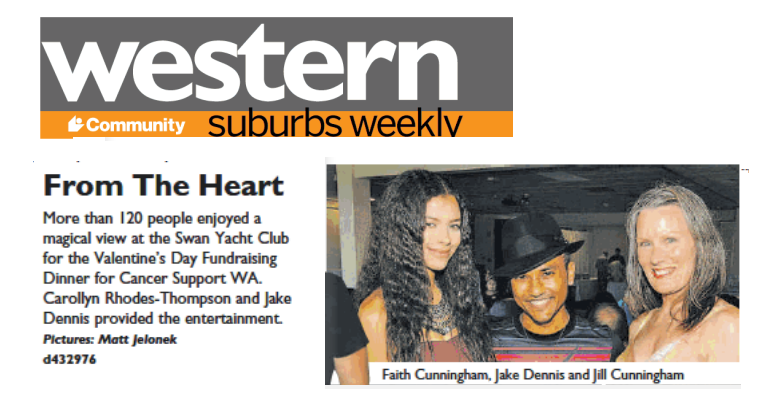 I left work to pursue my singing career and my achievements so far include a wonderful run at the Naked Fig Cafe with Mint Jazz Band, performing with a corporate band at the Laneway Lounge, taking Portuguese lessons to learn two verses of “The Girl from Ipanema,” being taught piano by my highly talented English teacher and friend Dr Mary Ellen MacDonald, entertaining in Manjimup, appearing at the Twilight Hawkers Market, being interviewed and performing on Radio Fremantle’s The Mixed Bag, singing at three cancer charity fundraisers in one week, and enjoying a completely sold out season at Fringe World! 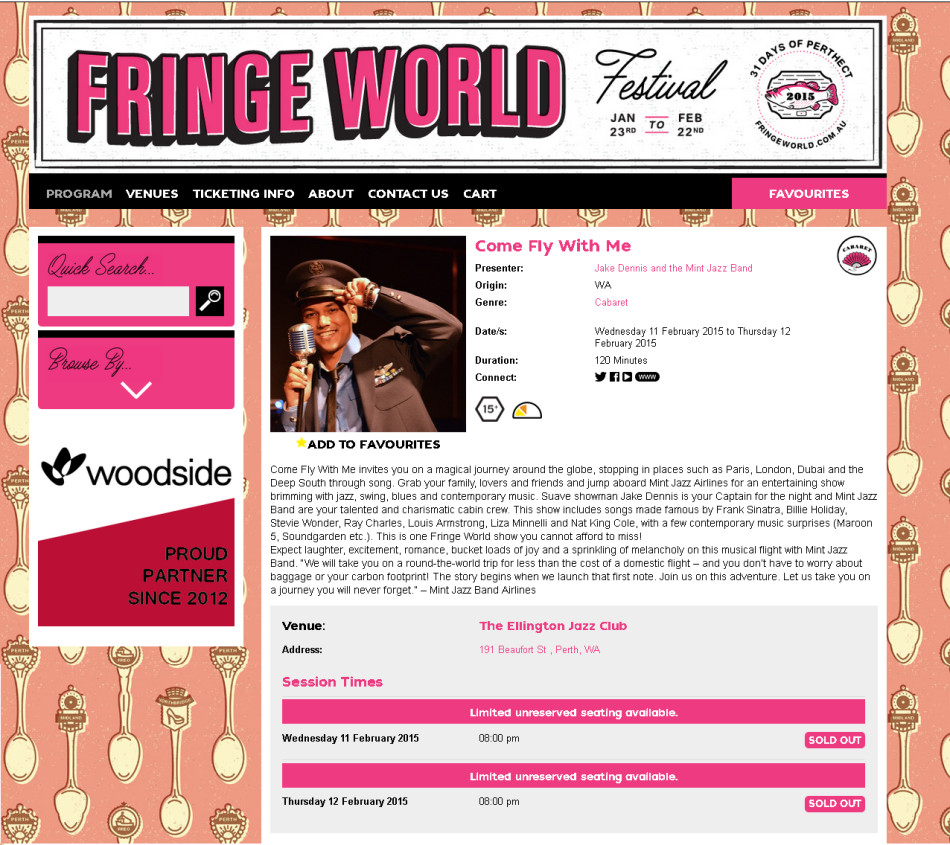 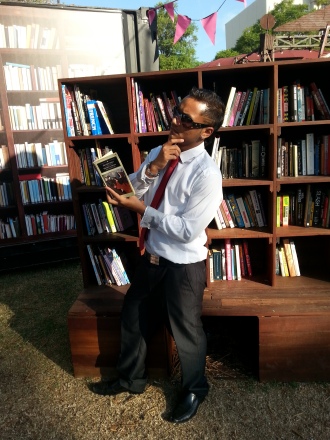 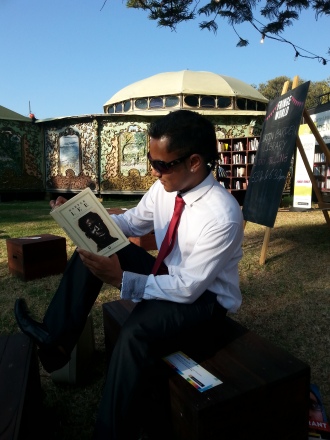 Many singers I admire are also brilliant actors (Judy Garland, Liza Minnelli, Barbara Streisand, etc.) or have acted in various capacities (Jennifer Hudson, Whitney Houston, Nat King Cole, etc.). As an entertainer, I incorporate acting into a lot of my performances. It therefore seems natural that I have turned to acting to extend myself as a performing artist.

Over the last month I have been in one promotional lifestyle advertisement for a property company, one music video for a local band, featured once in Irish comedian Mary Bourke’s show “Muffragette” and acted as one of the sexy Curtin Library hosts in the Fringe World Pleasure Gardens.

I used to fear auditions but now I enjoy them. In this past week alone, I had four auditions – all parts I would love to play. Like waiting for the call from X Factor producers after successfully completing the first local rounds of auditions, I just have to wait for the call. 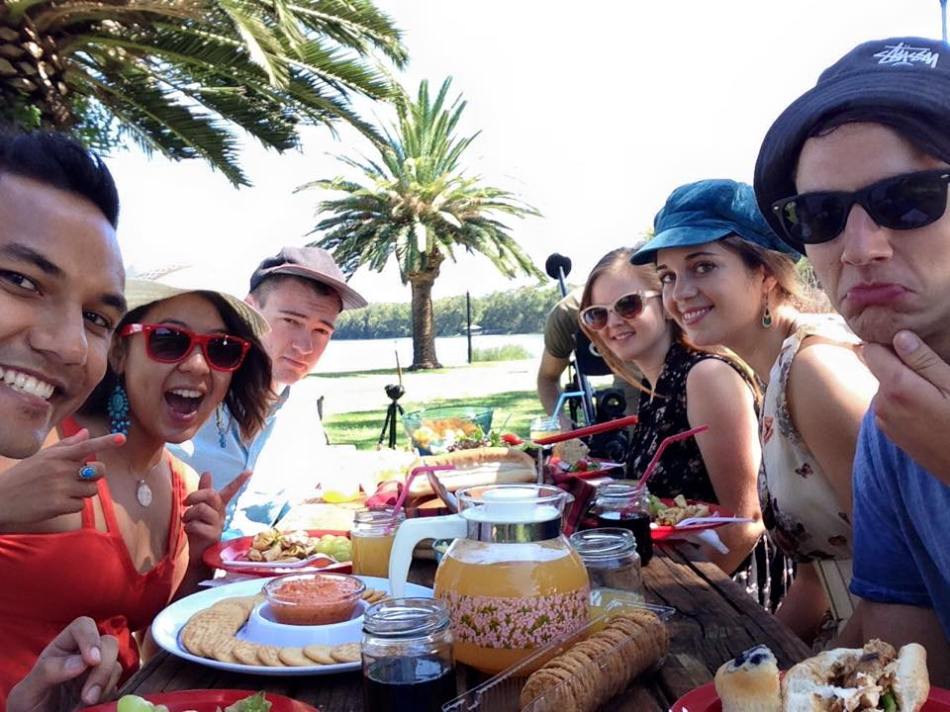 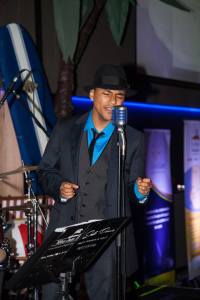 In the one month since resigning from work, I have had a blast! Spending time with my beautiful girlfriend Maneera (who started her own YouTube channel and Facebook page called Beauty by Maneera), completing a barista course at Dome Cafe, working as a show promoter at Fringe World, trying out a swing dancing class, and going to the gym, are some of the activities I have enjoyed. I also joined Weekend Notes as a contributor and put my English skills to use in two reviews: a comedy show review about Neel Kolhatkar’s latest comedy show and a theatre review of “Moving On Inc.”

Keep your eyes and ears ready for more great news to come!

P.S. Tickets to “Gatsby’s Cabaret,” a live cabaret show and three course dinner at Rigby’s Bar and Bistro, are selling fast. Book your tickets today! Jake Dennis and the Mint Jazz Band’s previous cabaret shows (Come Fly With Me and Like Blown Smoke) both sold out in advance of their opening nights! 😉 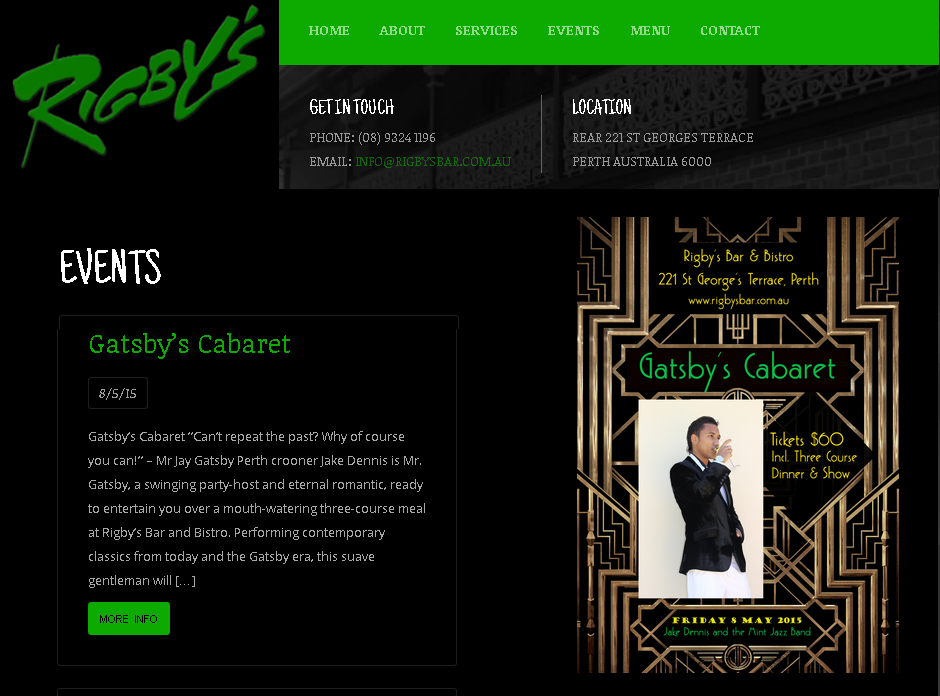