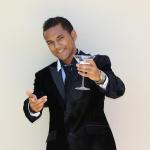 THE CREATION OF “GATSBY’S CABARET”

“There was music from Gatsby’s house through the summer nights.” – F. Scott Fitzgerald (The Great Gatsby). 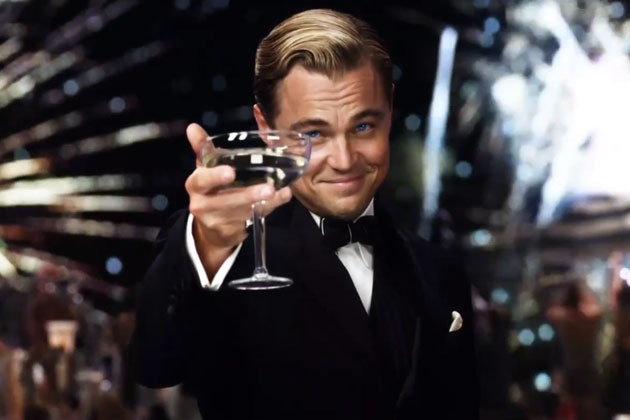 What can I bring to The Great Gatsby that has not already been done in Perth before? Since the 2013 film release, there have already been many Gatsby themed events and cabarets. I decided that mine will be different not only from these but from the novel and films as well because I will tell the story from the perspective of Gatsby himself. Gatsby’s story has always been told from the outsider’s point-of-view, usually the novel’s narrator Nick. In addition, I will emphasise an often glossed-over aspect of the novel: the overt racism prevalent at that time and the fear that African Americans would unbalance the “rightful” place of those who preferred white supremacy. Fitzgerald merely hints at this in his novel through Tom’s character. I will bring this racial tension to the forefront in my production. My production also features songs from the 1910s to the 2010s – songs made famous by artists as diverse as Drake and Billie Holiday, Leonard Cohan and George Michael, Rihanna and Dean Martin. So treat yourself and your lover or friends to the one night only show Gatsby’s Cabaret! 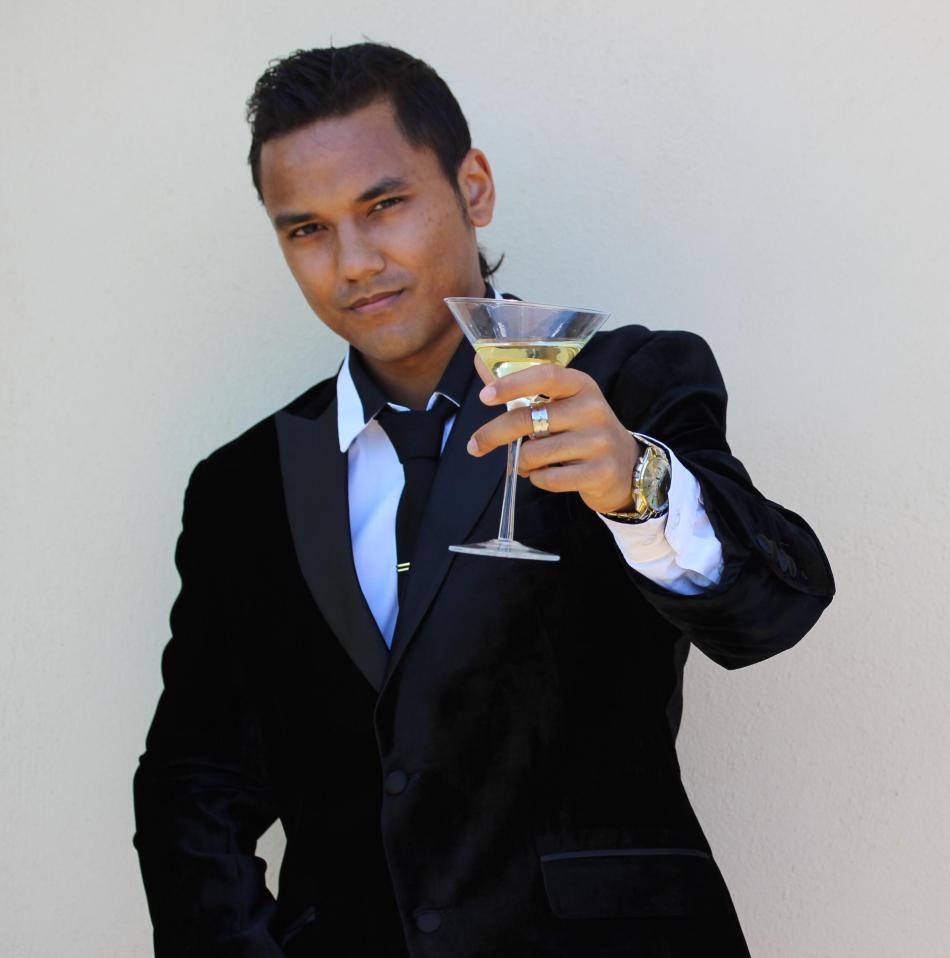 “In his blue gardens, men and girls came and went like moths among the whispers and the champagne and the stars.” – F Scott Fitzgerald (The Great Gatsby). 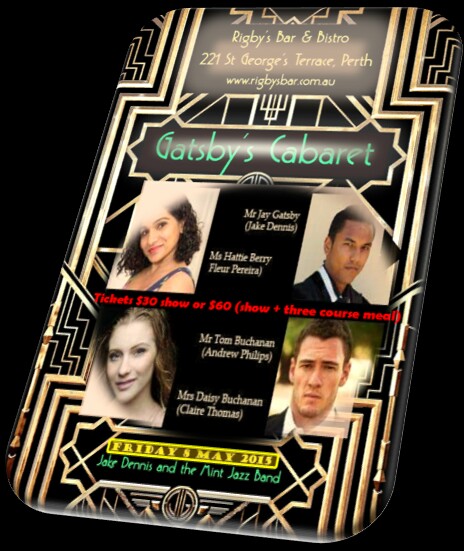 Proud to be on stage with the founding members of Mint Jazz Band (Chris Marquand, Mark Cunniffe, and Malcolm Mah), this cabaret will also feature the incredible talents of actors Fleur Pereira, Andrew Philips, and Claire Thomas. Fleur is a Mumbai born actress who recently starred n New City Theatre’s production of The Criminal Went That Way. I met Fleur on the set of a music video for local band Surroundings and then worked with her again in a TAB print and television ad for the TAB. Andrew is a stand up comic and actor currently working with both the Jome Performing Arts Club and the WA Youth Theatre Company and currently in a production with Claire. We met on the set of a Landgate commercial. Claire is in fact the same actress/dancer who played “MJ’s girl” in my Fringe World production of Come Fly With Me this year. She is a trained ballet dancer currently working on Limelight Theatre’s production of Snoopy the Musical. On stage, I like to give everyone a chance to take centre stage and draw the audience’s attention so in the show you will see these actors shine. I want everyone to shine. The script I have written for the show will allow you to see how excellent these actors are in their roles. Similarly, you will be able to enjoy the tremendous talent of Mint Jazz Band members Mark, Chris, and Malcolm during the show through their musical prowess and solos. Don’t miss out on this one night only opportunity to see these talented people take centre stage. 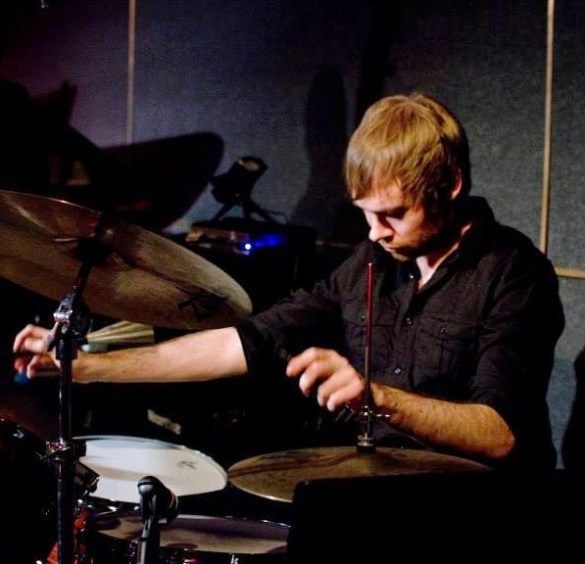 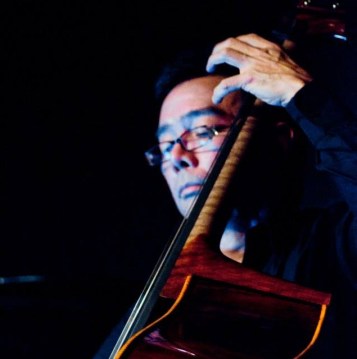 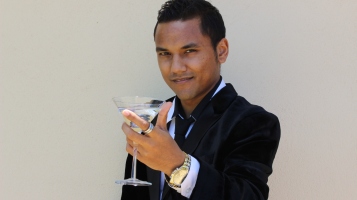 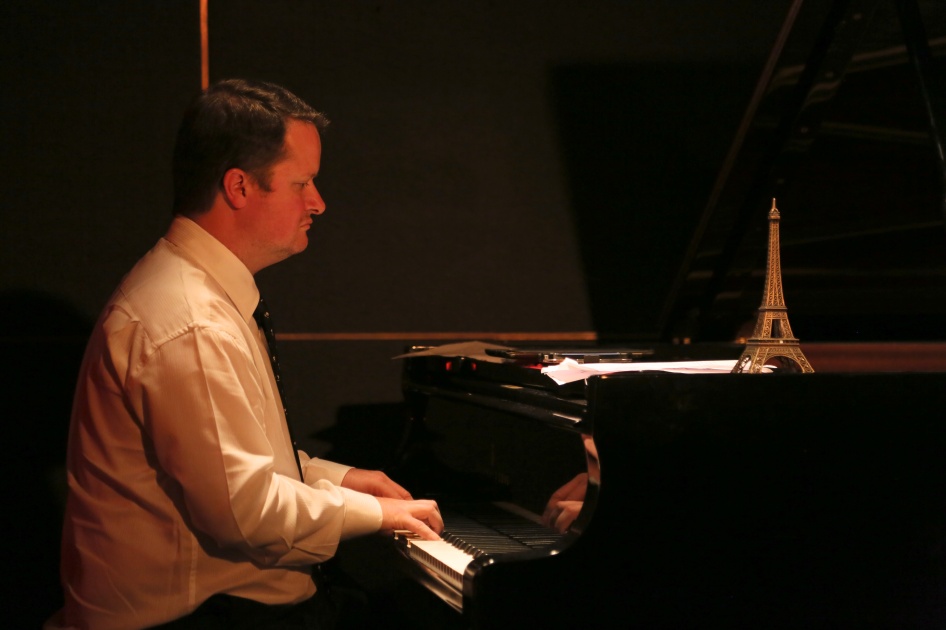 “Each speech is an arrangement of notes that will never be played again.” – F. Scott Fiztgerald (The Great Gatsby). 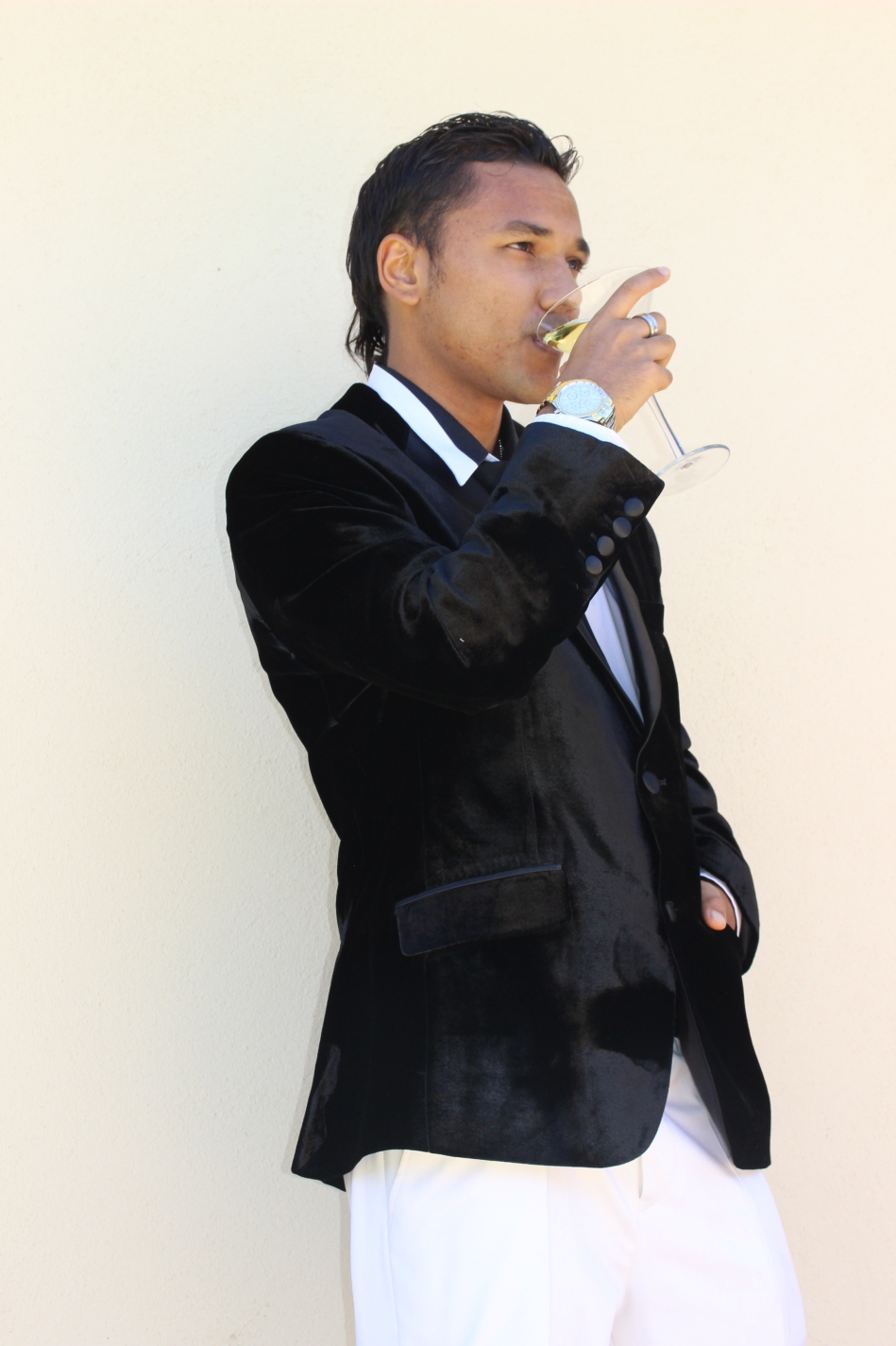 Thank you to Maneera de Mel (aka Beauty by Maneera) who created the photographic images for the show.

Thank you to poet and journalist Mandy Mo Tu for the smashing interview she wrote about the show for Rotunda Media.

Thank you to actor and radio presenter Brendan Ellis for his hilarious interview on his Thurs night show Sitcom on Twin Cities Radio. Soon to be available.

Thank you to actress and presenter Rebecca Caldwell for her solid interview on Herding Cats Production’s online TV series Popcorn.

Thank you to poet and friend Karen Murphy for once again offering to create a stunning show programme.

Thank you to radio presenter Matthew Cappeluti for his radio interview with me on his Radio Fremantle Friday night show The Mixed Bag. Show his page some love by giving it a Facebook like 😉

Thank you to radio presenter Sue Myc for the interview on Twin Cities Radio’s Sue Myc Morning Show (interview below).

Thank you to any newspapers, social media outlets, and all friends, family, colleagues, and kind-hearted people that help promote this show. Your kindness helps to make shows like this possible.

Thank you in advance to any reviewers and people attending the show. Contact me should you require any photos or have any questions about tickets. Please like my Facebook page if you haven’t already and make sure you book your tickets before there are no more left.

Thank you to Rigby’s Bar & Bistro for allowing us to present “Gatsby’s Cabaret.” Here’s to a terrific entertainment partnership! 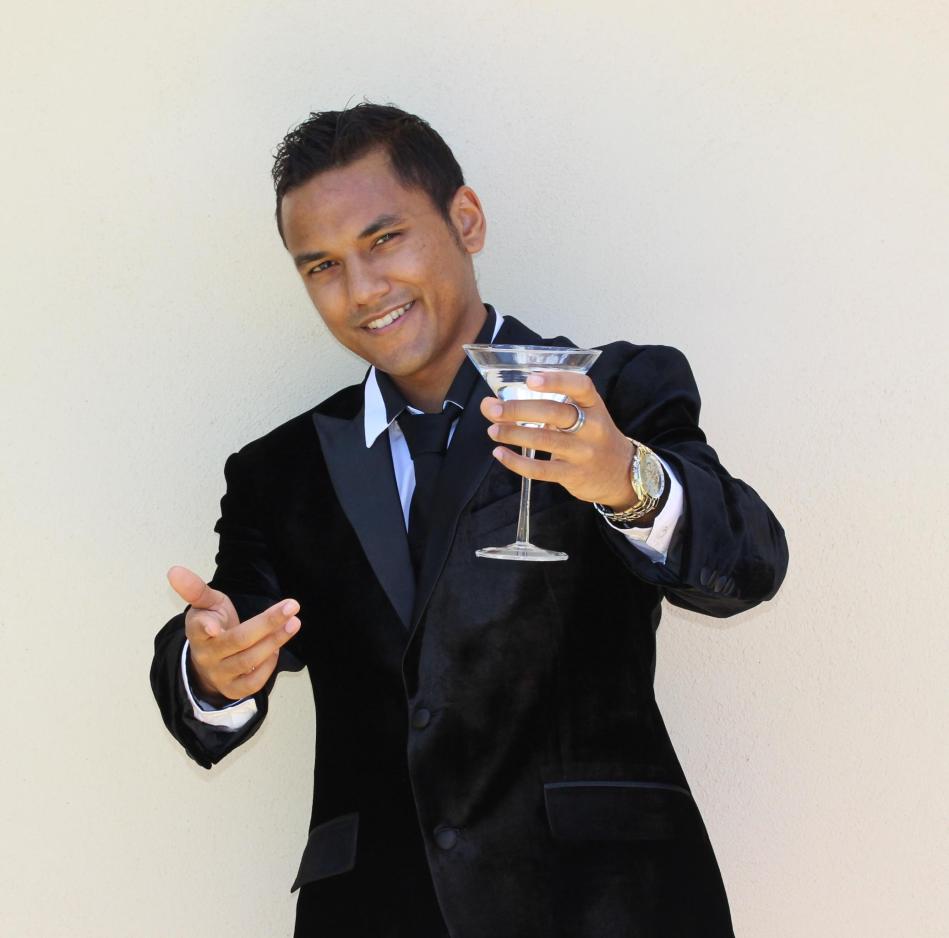 As the Disney song promises you, “When you wish upon a star your dreams come true.” What the song omits is that, even if you are lucky enough to have your dreams come true, you often face years of struggle and heartache. “If you hold on to your hopes and dreams,” my mum has always reminded me, “you will one day succeed.” Love, support, faith, and a determination to never give up can make all of your dreams realities. 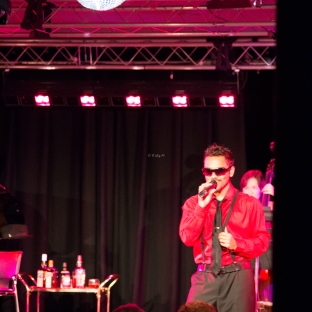 Since childhood I’ve wanted to perform to appreciative audiences at a top concert venue like my idols (Judy Garland, Michael Jackson, Whitney Houston, etc.). This year it finally happened when I performed two SOLD OUT nights of my self-devised cabaret show Like Blown Smoke as part of the 2014 Cabaret Soiree season DownStairs at His Majesty’s Theatre! Dedicated to my girlfriend Maneera de Mel and directed by the super talented Rhoda Lopez and Ross Vegas, the show featured Mint Jazz Band with a supporting cast of contributors on and off-stage. To the Cabaret Soiree team, publicity and media supporters, technical and audio crew, helpers on & off-stage, my band, directors, and cast, and to each and every audience member, I thank you. The show strengthened me as an artist and, has been the highlight of my singing career so far. 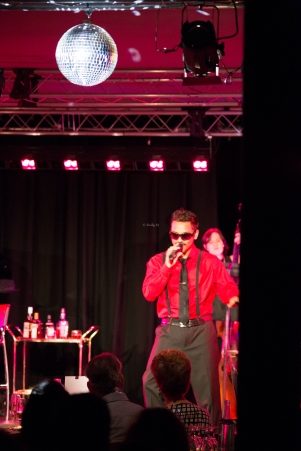 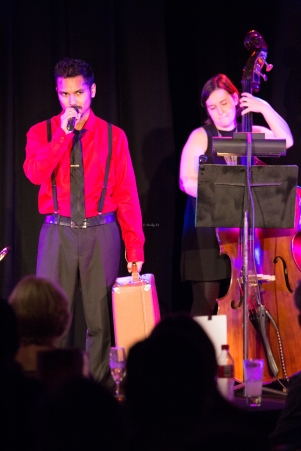 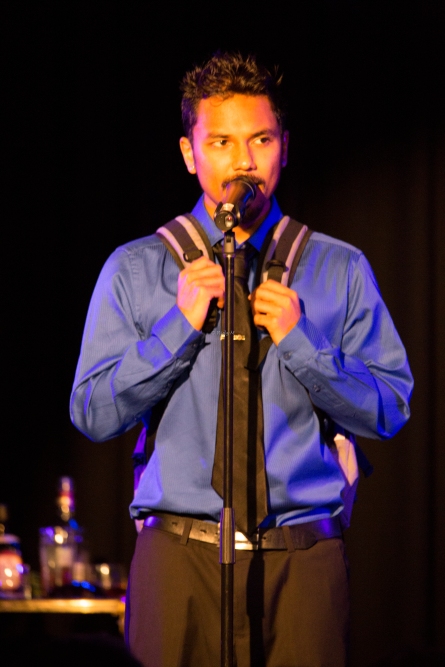 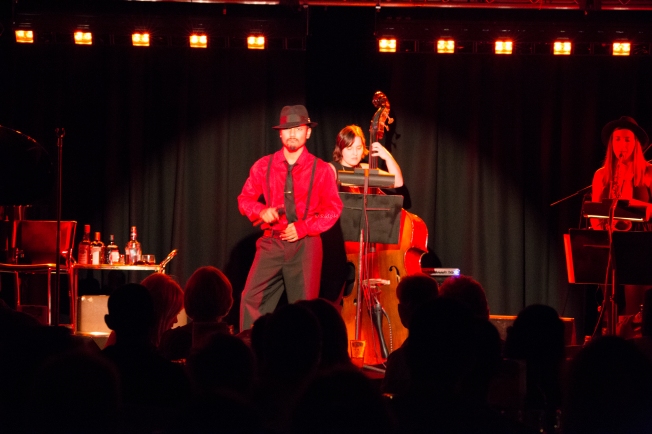 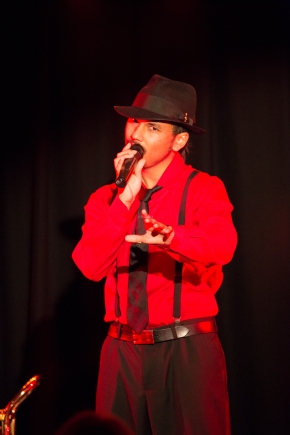 Thank you to Ridzwan Mahdi for these incredible photos.

Thank you also to local artist Karen Murphy for this beautifully designed theatre show programme – my first ever! 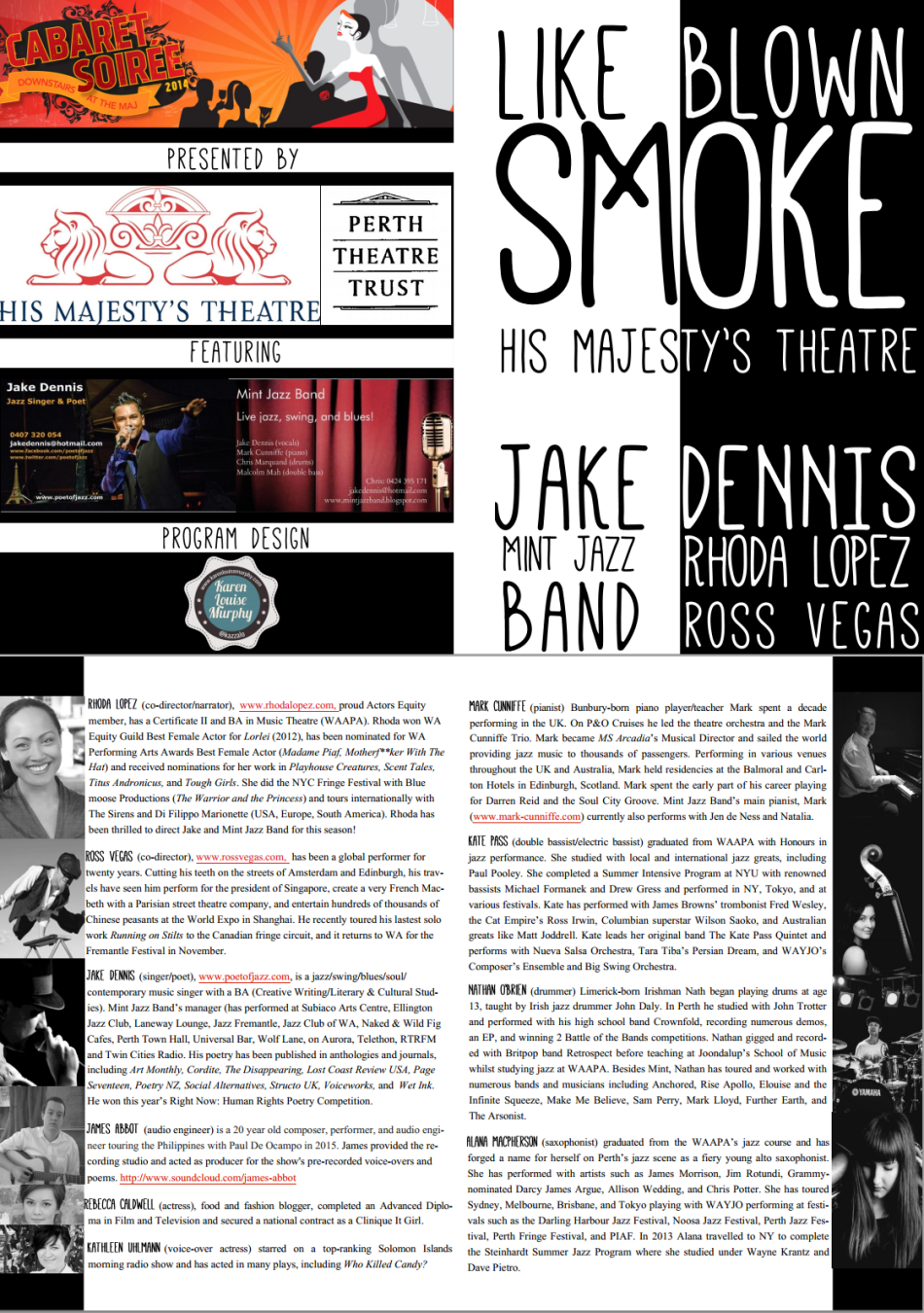 The show received some terrific publicity, including interviews on Fremantle Radio, RTR FM, and Twin Cities Radio. You will be able to hear these later through my SoundCloud account. Until then, check out this interview uploaded by Twin Cities radio programmer Malti Elliott as well as this awesome interview from Out in Perth. Thanks to Australian Stage, I also received my very first show review which wonderfully said I have “a fine voice and an impressive vocal range… charm to spare… the voice and the moves!” I was proud of the glowing review of my band Mint Jazz Band. Perth Concert Hall publicist Claire Condry wrote that they performed “excellent solos,” displayed “marvellous” musicianship, and described us as “a young, vibrant ensemble [who] recreate the classic night club vibe of the 50’s/60’s, where a singer introduces a song and each member goes on to cleverly embroider the theme instrumentally.” Such a blessing to receive such a review. 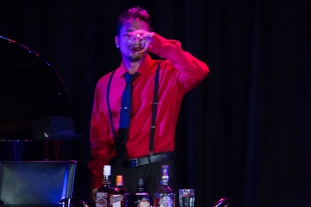 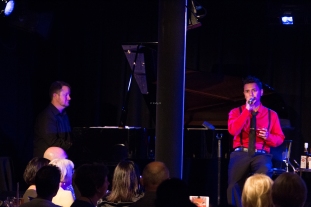 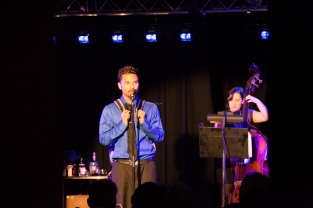 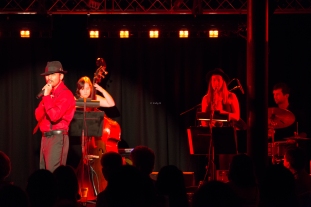 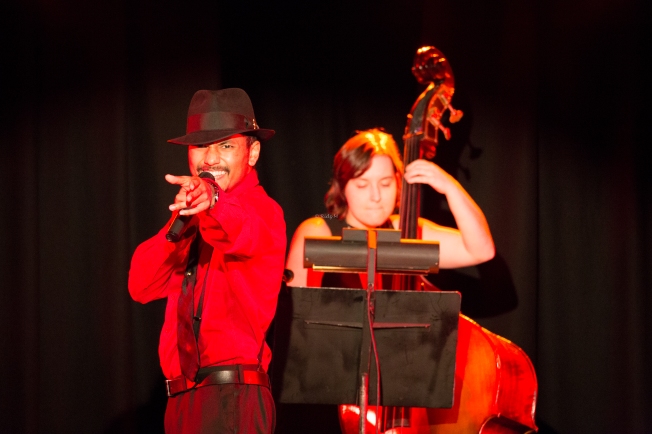 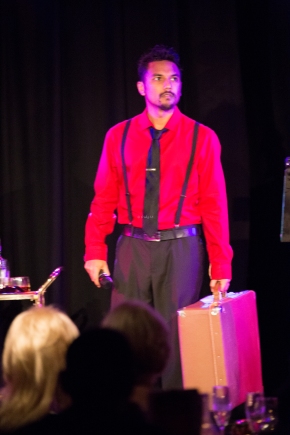